Colin was kind enough to send me two postcards from Oklahoma! 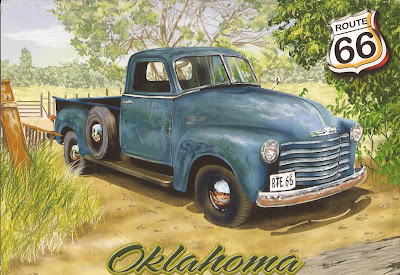 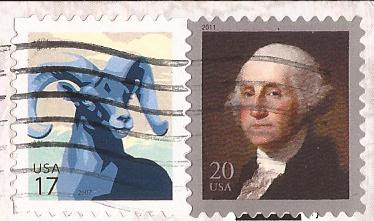 This is a postcard of Oklahoma's State Tree, The Eastern Redbud. Often referred to as a "native tree with a touch of class", the Eastern Redbud flourishes in neighborhoods as well as growing wild in wooded areas. In early spring, with its spreading branches covered in clusters of purplish pink blossoms, the Eastern Redbud is a breath of fresh air after a long winter. 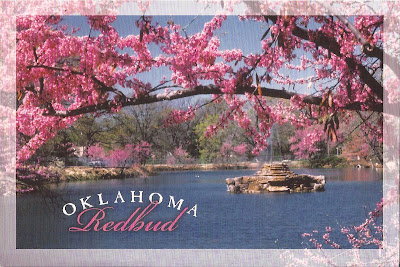 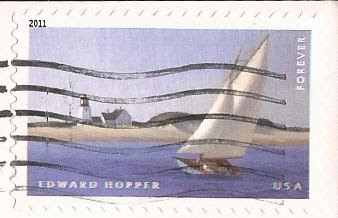