Cori sent me this postcard from Romania of Bear Cave.

The cave was discovered in 1975, by "Speodava", an amateur speleologist group, and is considered to be an interesting site-seeing location.

The cave was named as it was found to contain numerous complete skeletons of extinct Cave Bears, a species of large animal which disappeared more than 15,000 years ago. It is suggested that a rock slide closed the entrance to the cave whilst 140 of these animals were still inside; deprived of food, the bears resorted to killing each other until none remained. Bear fossils were found in many parts of the cave, most sporting the marks of bear teeth. 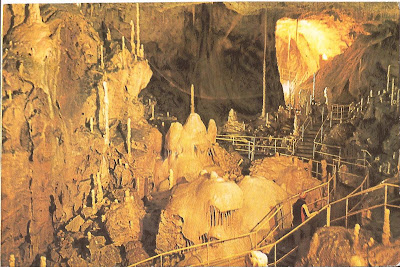 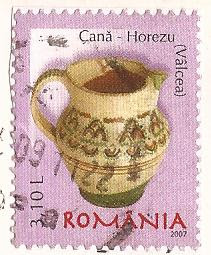