The real stand out of this postcard are of course, the Stroopwafel. SO GOOD.

A stroopwafel is a waffle made from two thin layers of baked batter with a caramel-like syrup filling in the middle.They were first made in Gouda in the Netherlands, in 1784. Large versions are sold in the streets as a snack.

The stiff batter for the waffles is made from flour, butter, brown sugar, yeast, milk, and eggs. Medium sized balls of batter are put on the. After the waffle has been baked, and while it's still warm, it's cut into halves. The warm filling, made from syrup, brown sugar, butter, and cinnamon, is spread between the waffle halves, gluing them together. 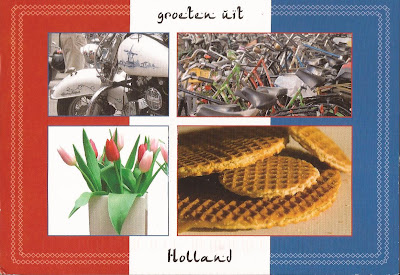 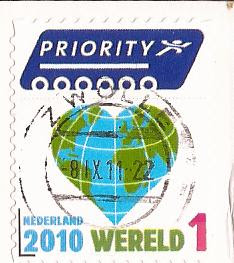